For Gail*, the path to homelessness began at the age of 13. While in middle school, Gail and her group of friends began experimenting with drugs. Experimentation quickly developed into substance abuse and led to tension with her parents at home. Throughout the next three years, Gail made several attempts to run away and by the age of 16, she had permanently moved out.

Like so many others dealing with substance abuse issues, Gail was eventually arrested and served time in a correctional facility. When she was released, she once again found herself with nowhere to go and with no finances to support her. Without a home, Gail took temporary residence at a local mission. Gail worked various low-paying, short-term jobs in order to collect money, but financial shortcomings and transportation problems continued to plague Gail. Worried that she would fall back into substance abuse, Gail knew she needed to find stability in her new life.

Gail found a housekeeping position at a hotel in Downtown Knoxville, but was no longer able to remain at the mission and could not afford an apartment of her own. That is when Gail found out about the Women’s Housing Program at the YWCA. The Women’s Housing Program (WHP) provides at-risk women with the affordable, safe, supportive, and focused environment necessary to address life-long problems and obstacles.  The WHP promotes financial stability and independence among homeless women and those at risk of homelessness through transitional housing and comprehensive services.  The only program of its kind in East Tennessee, the WHP houses 58 women at a time for a weekly fee of $60 for up to 24 months.

The Women’s Housing Program turned Gail’s life around. Gail progressed in her job, developed financial management skills, and was named one of the top 5 employees in her department. The YWCA Staff shared that Gail’s cheerful attitude and desire to befriend other residents in need helped her to develop new, positive social skills without the use of drugs and alcohol. Gail has become a well loved figure throughout the YWCA. WHP provided Gail and other women like her with the opportunity to secure a future for themselves. With the help of WHP and their staff, Gail took essential steps toward self-sustainability. She is grateful for her time at WHP and confides that, “No matter what, there is someone at the YWCA to help you.”

Gail continued to progress in her new life and has successfully pursued home ownership and left the Women’s Housing Program.

United Way of Greater Knoxville is proud to support programs like the YWCA’s Women’s Housing Program that make a difference for people in our community. At United Way, we fight for the health, education, and financial stability of every person in our community because we know that change doesn’t happen alone. To live better, we must LIVE UNITED.

*In order to maintain their anonymity, names in this Story of Impact have been changed. 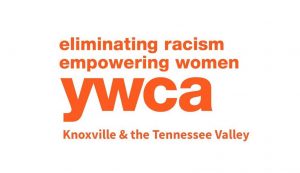 “We’re a free, confidential service. I think that’s something that’s just amazing about our program. The victim’s biggest thing is safety – that’s what they’re searching for, and that’s what we provide.”